The last time the United Kingdom registered house prices fall in a two month row was five years ago. This repeat has necessitated an analysis of the causes of this occurrence. Reasons that have come up to be the triggers include:

The British exit out of the European Union has been blamed in several occasions for the fall in prices of houses but is it the main reason? While it may seem to be a part of the issue, it cannot be termed as the main reason. This is because even after Brexit some house prices in the outskirts of London were faring on well. The role of Brexit however in the house prices can be looked at regarding the effect on the interest rate which will impact on the mortgage. Since mortgage rates have remained low, the sale of properties has also reduced.

The forthcoming general elections in May have brought about an uncertain situation for buyers who are not willing to risk their hard earned money. The election could either degrade the situation further, or it could elevate it through the increase of interests to benefit buyers and sellers alike. For buyers, treading through this unpredictable occurrence is not something they are willing to do, and therefore, they are not taking part in purchasing properties at the moment.

The housing markets are currently feeling the impact of taxation change, and this is evident through the fall in prices. Reduction in tax allowances and the additional stamp duty for properties are one of the main reasons that have resulted in the house prices drop in the country.

Buyers always look for new properties to invest in. If they lack variety and what comes on the bargaining table are the same old properties to purchase, they withhold their money. As they await new housing deals, which are also not forthcoming either. Moreover, with that, the buyers end up shifting their attention to other properties. For sellers, they are left with no market for their properties and are therefore forced to reduce the prices.

Affordability pressure on the consumers

Consumers are the primary concern in this situation, and their inability to afford reflects in less interest in purchasing houses. Key parts of the United Kingdom have been affected by the financial crisis that has forced these consumers to regulate on their spending to make ends meet.

What else can be a setback to development if not inflation? The rising inflation in the country is at 2.3% and is not expected to reduce any time soon instead analysts are expecting it to rise further to 3%. This situation has impacted on the consumers who are destructed by other expenses and thus cannot focus on home buying.

Although the country has experienced this fall in property prices, a full blown crash has not been experienced. Realisation by buyers and sellers as well as increasing the supply of housing will return the situation to normalcy. 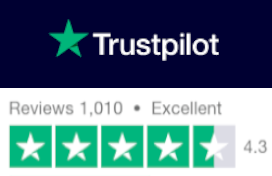